Arsenal legend Ian Wright has advised Chelsea loaneeConor Gallagher on how he can improve his game after he excelled for England in midfield during the 2-1 win over Switzerland in what was an international friendly game played at the Wembley Stadium on Saturday. 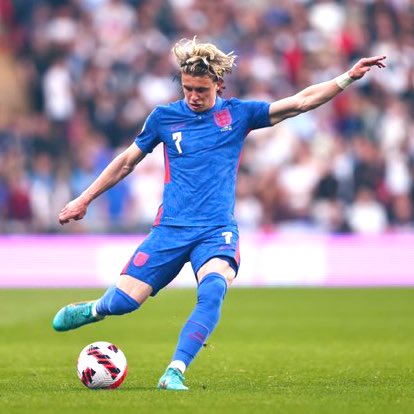 Ian Wright was impressed with Gallagher and his ability to press the opposition into making mistakes. On what he must do to take his game to another level, the former Arsenal and Crystal Palace attacker said that he must take care of the ball very well as he pointed out that there were some loose passes from him during the Switzerland. Ian Wright gave an assessment on Gallagher and his performance against the Swiss team on ITV. He also revealed that Crystal Palace manager Patrick Vieira is very vocal about Gallagher and his immense qualities as a Premier League footballer. Gallagher is presently on loan at Crystal Palace from fellow London club Chelsea. He has been at Palace since joining from Chelsea at the start of the season.

Gallagher was given his first start in a Three Lions shirt by manager Gareth Southgate during the Switzerland game and he was responsible for the cross which led to the England equaliser from Manchester United defender Luke Shaw. With his help, England were able to go into the half-time break on level terms. Switzerland had earlier taken the lead through BreelEmbolo on 22 minutes and they were on course for a lead at the end of the first half before Gallagher punished Swiss defender Fabian Frei for his error by providing the cross for his equaliser. In the second half, Harry Kane scored from the spot to win the game for England after Steven Zuber was penalised for handball in the Swiss box.

With the winning goal, Tottenham Hotspur striker Harry Kane is now within four goals of Wayne Rooney who holds the record with 53 goals.