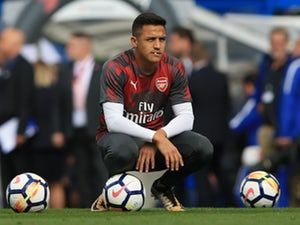 Wright says the Premier League side will suffer the consequence of their actions.

The Ronald Koeman led side signed the Iceland international for a reported fee of £45 million. He is expected to complete medicals son Wednesday and resume training with his new teammates as soon as possible. The Toffees were sure the player would move to the club and that it was only a matter of time. The talented midfielder is expected to play a major role as Everton play in Europe and seek to advance in the Premier League.

On the other hand, Wright feels the exit of the player leaves a very big hole in Paul Clement’s squad.

“Outside of the Premier League’s top five teams, Gylfi Sigurdsson is easily the best player. His numbers prove that. It’s disastrous for Swansea,” he says.

He turns around to praise Goodison Park for the acquisition, claiming it was “a fantastic signing for the club.”Everton have already signed Jordan Pickford, Michael Keane, Davy Klassen, Wayne Rooney and Sandro Ramirez this season. Koeman is seeking to raise the profile of the club further as they venture into Europe. Their star striker RomeluLukaku left the club recently on account of being too ambitious for the current level of the club.

Koeman himself had admitted to being as ambitious. He has a good opportunity if they can get to an enviable spot in the Europa League, and possible break into the top echelon, like Spurs have done. Sigurdsson is a move in that direction.